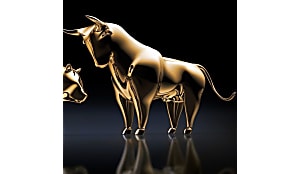 Please let that German language document be translated in all languages worldwide and be handed over to all ambassadors and all teachers in the wolrd!

The Attack on the Teacher in France

By changing tactics from conflicts that have been created, you will not be able to draw the people to your side for much longer. This applies to the Turk R. T. Erdogan and also to the French E. Macron.

Dear Ladies and Gentlemen, Dear Ambassadors and Ambassadresses from all over the World, Dear Readers,

How about you and people like you to just think sensibly and finally to take the trouble to read what is going on from the right place by the important documents, that are intended for the end times?

You too should finally come of age and make sure that preferably all of the teaching staff worldwide will sit down at the PC every day to study the matter and the commission of our all Lord and Creator via Internet by reading the various homepages of my person or rather have to be translated in advance into the respective national language, while each of the teachers will be able to teach their students future-oriented in the future, so that the meaning of every life in the good sense cannot be lost!

Note: Not a Mr. R. T. Erdogan and not a Mr. E. Macron or anyone else have the say here on God's earth at the end of time, but the called Authority is capeable of acting, which is consisting of three people by the highest of all place, including but not excluding through the claim to leadership of King Juergen by the Royal Danish Ambassadors and the subordinate Ambassadors from all over the World!!

Start right here on the subject of freedom of expression: https://www.cosmos.cum-clavatore.de/world-heritage.html

HP: The document will have to be published for all people, so that everyone understands that everything has an end and therefore, inevitably, a beginning!